Portfolio Statistic as of 21 October 2016 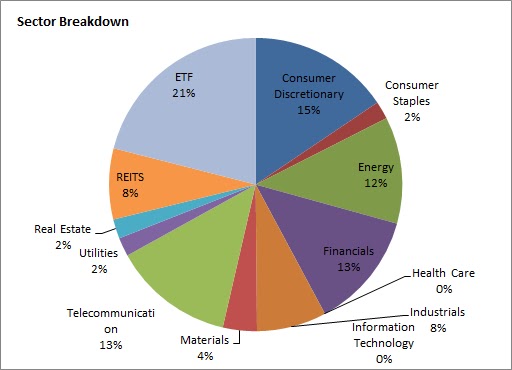 Parable of The Monkey Guru

One of the villager read Parable of The Monkey Business posted by Yaruzi and realized that the whole things were rigged, and that monkey market manipulation occurred all the time.

Based on this fresh revelation, he tried hard to sniff every movement of the monkey boss syndicate. He bought when he sensed hidden buying by the syndicate and sold when they secretly sold. He had some success but at times he got burnt too, as the syndicate was too sophisticated in covering their operations. This particular villager figured out that there was no way he could EVER consistently beat the syndicate in their own game, and made big money out of it. Indeed he ended up with a hole in his account.

However he noticed that the other villagers were driven by greed. They could be easy victims once their greed took over their senses. Once greed was in control, most of these naive villagers would be as gullible as "Bei kambing" (a term, my blogger friends: SMOL and CW8888, like to use). He could make greater profit from the "Bei kambing", without taking the risks of getting burnt by going against the syndicate.

So he devised a plan to exploit the greed of his fellow villagers. He promoted himself as the Monkey Guru and conducted the monkey operation course. To get the villagers to take the bait, he shared his version of Cinderella turned princess story in his newly created blog. There, he shared how he was making easy money trading monkeys, before he failed and badly burnt. At one point he was almost a bankrupt with only a few thousand dollars left in his pocket. But at the lowest point of his life, a new divine revelation came to him and he finally found the holy grail of the monkey kingdom. (Do you find similarities on all the Gurus stories that were trying to sell "exclusive" courses??)

The Monkey Guru posted his profits frequently and offer free course previews to draw the villagers to take his baits. Occasionally and selectively he posted small losses, so the villagers wouldn't perceive him as too good to be true. However he never shared his complete account! To be more convincing he claimed he could read the monkey boss' mind and posted himself with a Ferrari. Some villagers were drawn by their greed and paid a few thousand dollars to attend the Monkey Guru courses.

A few of the villagers attending the courses made money, but mostly lost theirs. The Monkey Guru congratulated the few, told them that they had it and made a video of them. He called them his students and use the video to further promote himself. (Have you ever asked why the Gurus have only 1-2 successful students video, though they claimed they have thousands of students??)

To the many who lost big time, he told them that they would be successful one day if they didn't give up easily. To cheer them up, he offered them a limited edition of "advanced" monkey operation course that was more expensive than the first one they attended. He promised to give a big discount if they signed up immediately. Most unsuccessful "Bei kambing" realized they had been taken for a ride, but too ashamed to go publicly to admit how they'd been deceived because of their greed and naivety. However some paid for the "advanced" course and lost even more.

If you want to know what happen next, you're welcome to enroll for my next preview course ,.. It's FREE. Please hurry or you'll regret, because this would be my last course for the year before I go on long vacation!! I only have a few seats left and I didn't know when I would start my courses again!!! (begging, begging, tolong, tolong)
Posted by Yaruzi at 3:55:00 AM 6 comments:

Parable of The Monkey Business

The story below was not written by me, and some of you may have come across it. Nevertheless, there is useful lesson in it. Here it goes.

Once upon a time... in a village, a man appeared and announced to the villagers that he would buy monkeys for $10 each.

The villagers, seeing that there were many monkeys around, went out to the forest and started catching them.

The man bought thousands at $10 and, as supply started to diminish, the villagers stopped their effort. He further announced that he would now buy at $20 for a monkey. This renewed the efforts of the villagers and they started catching monkeys again.

Soon the supply diminished even further and people started going back to their farms. The offer increased to $25 each, and the supply of monkeys became so small that it was an effort to even find a monkey, let alone catch it!

The man now announced that he would buy monkeys at $50! However, since he had to go to the city on some business, his assistant would now buy on behalf of him.

In the absence of the man, the assistant told the villagers. "Look at all these monkeys in the big cage that the man has collected. I will sell them to you at $35, and when the man returns from the city, you can sell them to him for $50 each."

The villagers rounded up all their savings and bought all the monkeys.

They never saw the man nor his assistant again, only monkeys everywhere!
Posted by Yaruzi at 4:30:00 AM No comments:


Aside of equity purchase, I also bought Fullerton Short Term Interest Rate Fund C and United SGD Fund Cl A (Acc) to increase my fix income allocation. In September, I received dividends of GBP 18.40 from BHP Billiton PLC, HKD 303.38 from HSBC, $70 from UOB, and HKD 659.52 from China Mobile. XIRR YTD was at 7.91% and XIRR since inception was at 3.78%.

Link to Yaruzi's low cost portfolio as of September 2016
Posted by Yaruzi at 5:34:00 AM No comments: